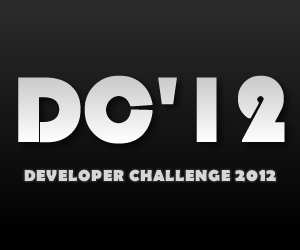 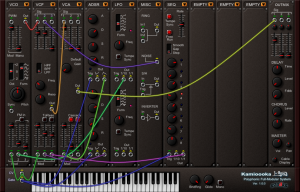 Congratulations and thank you to everyone who entered, donated, downloaded, voted, shared or mentioned DC12 over the last few months. The enthusiasm for the event was fantastic - we definitely won't wait so long for the next one, in fact DC13 will start earlier, offer a longer development time and allow more flexible voting. More on that in the new year, for now let's find out who won DC12!

There was a clear overall winner this year, with almost twice as many points as the second placed entry. It was ThrillseekerXTC, a contemporary exciter built around a true parallel analog style equalizer design, by Variety Of Sound who wins 30% of the prize fund as the top Windows entry. Variety Of Sound actually won the last DC back in 2009 with FerricTDS - Tape Dynamics Simulator.

Overall second place goes to Proximity, an easy to use distance "pan-pot" based on several psycho-acoustic models, by vladg/sound, who wins 30% of the prize fund as the top Mac OS X entry.

In third place is Kamioooka, a polyphonic Full-Modular synthesizer with patch cable system, by g200kg, who wins 20% of the prize fund as the best of the rest.

The highest placed Soundware entry was The Total Composure Orchestra, a full orchestral sample library created using only samples that are in the public domain, by Total Composure, who wins 10% of the prize fund.

The final 10% wild card random selection will be announced next week.

Thanks to everyone who's donated to the DC fund so far (which is currently $2246). If you haven't yet donated and have a few pennies jangling about in your PayPal account that you want to get rid of, you can do so on the KVR DC 12 page. Donations will be active for a further week, then we'll distribute it to the winners, just in time for Christmas!

We'll also announce how the additional prizes donated by the companies listed further down this article will be shared out.

Thanks again to everyone. I'm really looking forward to what next year will bring!

Thanks also to our sponsors, all of whom have donated something that will be awarded to either an entrant, a donater or a voter (it could be you...).

Congratulations to the winners and to all the developpers. There are great plugins out there!

Could we get an update on the status of the donated prizes and the wildcard award distribution?

seriously, when will we know who won the remaining prizes?