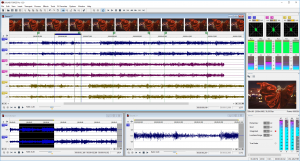 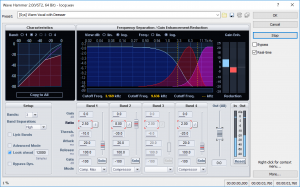 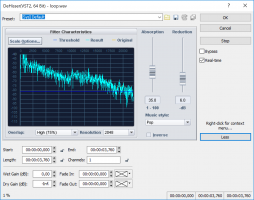 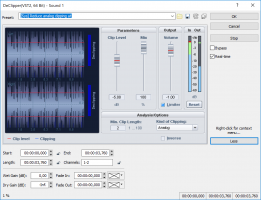 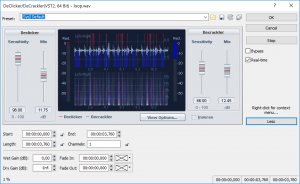 MAGIX Software has released what it says is the biggest update to Sound Forge Pro since its first appearance 25 years ago. With the new Sound Forge Pro 12 the audio editing and mastering program has returned with more features, more processing power and more audio tools.

Sound Forge Pro began as a mastering workstation for audio engineers in 1993. Since then the software has been adopted by many leading audio professionals the world over, such as Ted Perlman, Paul Brown and Anthony Casuccio.

Sound Forge Pro 12 further enhances the traditional strengths of Sound Forge Pro by adding new mastering and restoration features, along with modern hardware and platform compatibility. The software has a new 64-bit architecture and a large suite of additional plug-in effects, which now benefit from VST3 compatibility. DSD formats are supported in the new version and allow for import and export of audio files in optimal quality. Sound Forge Pro 12 also makes use of innovative psychoacoustic mastering, which can prevent conversion artifacts through high-quality Pow-r Dithering algorithms.

Sound Forge Pro 12 Suite has also been announced which adds the spectrum analysis tool SpectraLayers Pro 5. This presents the user with a complete spectral visualization of the audio and allows every aspect of a recording to be shaped within a graphical environment. The Suite also contains high-value plug-ins like iZotopes RX Elements and Ozone 8 Elements.

Finally, MAGIX Software is also offering Sound Forge Pro 365 which is a flexible subscription service that allows users to enjoy the many professional features of Sound Forge Pro 12 for monthly fees from $14.99 per month.

Sound Forge's product owner Thomas Wolf, says: "All improvements in Sound Forge Pro 12 are based on feedback from our users. We completely focused on their requests. The overall performance of Sound Forge Pro has been considerably enhanced by bringing the software to the 64-bit platform, and the new VST3 support grants access to a huge variety of plug-in effects. We've also added a large number of professional plug-ins and features but the software retains an intuitive workflow. We truly believe that, on its 25th anniversary, Sound Forge Pro 12 sets a new benchmark for the professional audio production industry."

There are three versions of Sound Forge Pro 12 to choose from:

It took to version 12 for it to become 64-bit. How many years have 64-bit systems been the norm now?

Did they update all the effects and plugins that have been in it, and 32-bit, all this time? It seemed like even Sony didn't have the source code for any of it, because of the endless lack of 64-bit... If they've legitimately updated ALL of Sound Forge, then they should be able to port all those integrated tools to the pathetically empty Mac version. Yet, no mention of it. In fact, they had to specifically mention that this press release applied to the Windows version...

And NO to subscription nonsense.

I'm not opposed to subscription models, but SFP at $20/mo (if you pay 3 mo at a time; the $15 amount cited is if you pay a year up front) does not seem competitive to me. The Pro Tools annual subscription is $99/yr, and it's a much more complex application, with many more included plug-ins. To me, this sets the reasonable scale for this kind of app (i.e., a SFP subscription should be significantly under $100/yr).