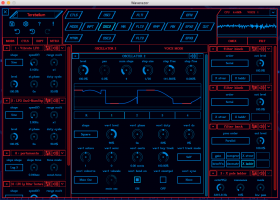 Media Overkill (MOK) has released version 2.1.6 of the Waverazor synthesizer, a free update for all users.

Along with additional patch polishing and minor bug fixes, this update marks Waverazor's return to Linux compatibility after a short hiatus. Now Linux users have access to the new features that were released in v2.1.3, including 6 new filters and 2 new patch banks from designers Mark Hoffmann and ]Peter:H[.

Download the latest version of Waverazor from the Tracktion Marketplace.