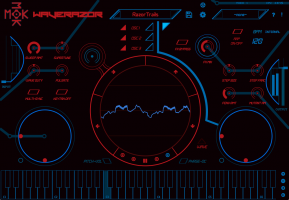 Media Overkill (MOK) has released version 1.0.3 of the Waverazor synthesizer.

The update includes the following improvements and fixes:

This a free update for all Waverazor customers.