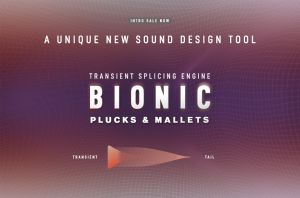 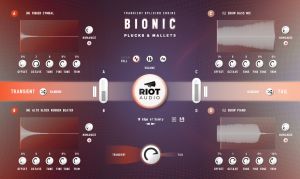 Riot Audio has announced the release of Bionic Plucks & Mallets with an introductory price of £79 until April 14th 2021 (Reg. £99).

Bionic Plucks & Mallets is described as a unique new sound design tool for Kontakt 6, built around a novel "transient splicing engine" that is designed to give detailed control over a range of parameters needed to mix and match initial transients to a set of separate tails/longer sounds.

Bionic Plucks And Mallets At A Glance:

A free taster is available at riotaudio.com/.../bionic-plucks-and-mallets-lite

Has anyone picked it up yet? Let us know what you think.