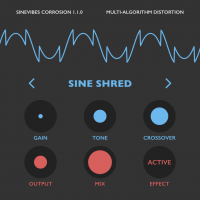 All updates are free to existing users and can be downloaded from the support section of the Sinevibes website.

Two piano pieces by Jérémie Lhommeby mladi @ 16:44 in Music CafeHyakken is the HY dev !by hyakken @ 16:38 in Effects