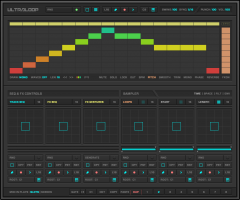 Using Ultraloop and the Loop Expansions, users can remix loops to generate an infinite amount of new content. For users who don't yet own Ultraloop, all the Loop Expansions come in standard .WAV format as well and can be used with any audio software: