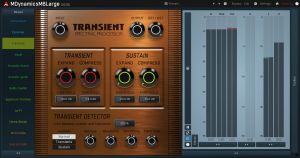 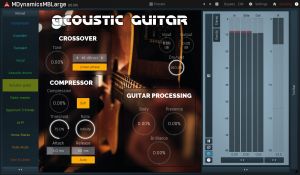 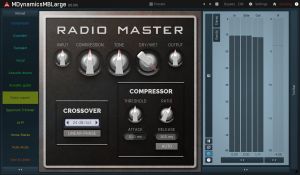 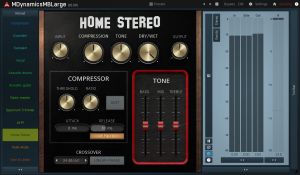 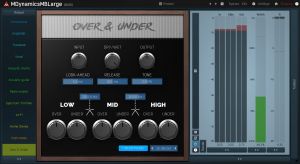 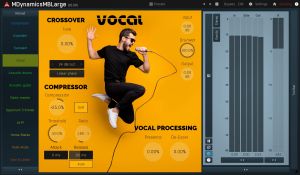 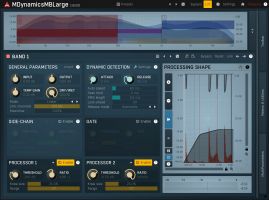 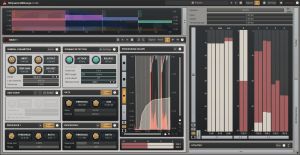 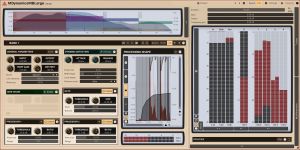 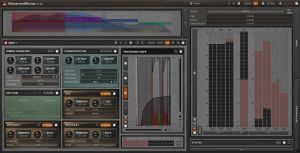 MDynamicsMB is an advanced multiband dynamics processor with a clear sound. It was designed originally for mastering, however, due to its high performance and zero latency, it is also suitable for any mixing purpose.

Originally written review in 2014 - today 2017 i increase Rating to 10 because it has saved me so much time cleaning up and "ironing out" vocal tracks. Best money I ever spent on software.

Being a happy owner MVocoder. I tried out the demo of the MultibandDynamic.

Not for masteringpurposes wich I'm sure it does well but for fix troublesome vocal recordings. I've tried lots of different vocal oriented plugins, the Waves vocal channel series and the Izoptope equivalent etc etc. There's A LOT of fancy graphics that sometimes is supposed to look like old Tube tech or Neve stuff. Sometimes I feel that they are throwing in a "cheap engine under a fancy hood" and put on a huge pricetag.

Ok, they're all nice but I found out that what I need is a multiband comp. Sometimes the recording is a bit to boomy sometimes to much highs etc etc. And even worse, differences within the track or even words itself. Or be able to control those mid frequencies without changing the lows or the highs. To have an invisible totally neutral compression.

Tried the built in in Cubase but it wasn't really "happening". Tried Waves C4, works great, but it's expensive. Tried Meldas version and i must say it works beautifully considering it's price and CPU usage. It cleans up the the vocals and irons out the peaks they way I want. And you have good control of whats happening. Coloration can be added afterwards if I want it to sound more vintage or whatever.

One thing though you can't just slam it onto a track, you need to build your own settings. There was one preset for vocals wich kind of gave me a starting point.I needed to make the settings so they fitted the vocalist and mike used at the time. After half an hours fiddling around I had finally achieved exactly what I wanted.

As I said it, didn't seem very CPU heavy - not if I compare to all the plugins I need to throw in on a vocal track just to achieve the same thing. Especially because sometimes I didn't have to use an eq or deesser at all. Alla that "tone" shaping could be done in the multibanddynamics.

Yup, keeping this one.

I give it an 8 cause I haven't tried it on mastering yet. If that works well I'll give it a 10.

7 0
On my multi-year learning and playing journey as a hobbyist in the world of music, I came across Melda Production plugins by coincidence some months back – don’t remember exactly how. I remember that I first started using the Melda free VST’s, and that I found that they turned good enough that I felt comfortable to “go Pro” by donate a few Euro’s for using them. I later worked some with MDynamics and the experience was likewise positive.

The path further on to MMultiBandDynamics is twofold. First of all I’ve been ramping up on my theory by reading “Mixing Audio – Concept, Practices and Tools”, by Roey Izhaki. Maybe, a little dry reading but nevertheless interesting, educational and highly recommendable. Secondly, I’d been working on a track and had arrived to the point where I wanted to add some vocal to it. And so I did. To be honest the vocals did not turn out too good – at least not in it’s raw form. Partly because my singing abilities are… well limited. I was using a good condenser mic so I could not blame the hardware. So what could I do (except taking some song lessons)?

Theory was telling me that what I need besides maybe draining the vocals in reverb, distortion etc. was to suppress the lower freq range to make the vocals crisper and less muddy. Also I needed an expander to: a) remove some of the spill-over noise that was picked up from the headphones I was wearing when recording the vocal track (these are btw open head phones and I guess I will need to get some closed ones for vocal recording in the future) and b) raise the gain level of the good part of the vocal recording – i.e. get some more dynamics. Then I would need a compressor to work from the top to reach a better balance throughout across recording.

As you might have guessed, it turned out that MMultiBandDynamics was the surgeon’s knife I was looking for to do all this!

GUI:
----
The GUI is intuitive and easy to use. The ability to draw the expander/compressor function makes it rather easy to control both.
(BTW: there is only one set of Release and Attack so if different values for Expansion and Compression is needed, the way to do this is by putting two MMultiBandDynamics up after each other. I would probably start with the Expander config of MMultiBandDynamics and then feed that signal on to a Compressor of MMultiBandDynamics).

Sound:
----
The sound feels clean and transparent to my ear and the control of what I’m trying to accomplish is very good. Detailed control can be managed by using the zoom on the Processing Shape.

Docs:
----
No too much documentation, but the GUI is so intuitive that what I think is really needed is to understand the theory of using a Multi Band Dynamics unit (see book mentioned above) rather than a more detailed documentation of the plugin.

Features:
----
I’m not aware of a similar plug-in with a similar broad array of features and control – then again I don’t know of all Dynamics class plug-ins “out there” so my apologies I’m mistaken here .

Presets:
----
Only a few. Then again I’m not sure that a lot of presets for this type of plugin make too much sense.

Performance:
-----
My i7 950 was hardly affected in the set-up. Also, I was not able to detect any latency when using the MMultiBandDynamics plug-in in Ableton Live ver. 8.11 running on a Win7 x64 system, making the plugin fine for producing and mixing as well as mastering.Read Review