Harrison has announced the release of version 2.0 of Mixbus, its progressive workstation that combines open-source development with Harrison's 30-year heritage of building world-class mixing systems. It now costs $219 and is available for Mac OS X (Intel or PPC, 32-bit or 64-bit, OSX 10.4.11 or later) and Linux (most Intel 32-bit or 64-bit distributions are supported). A Windows version is under development. Existing Mixbus customers can upgrade for $99. 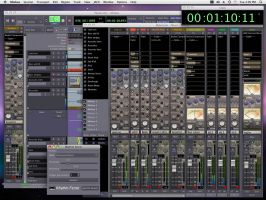 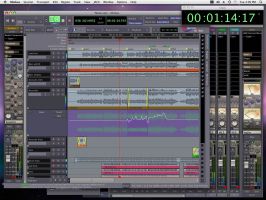 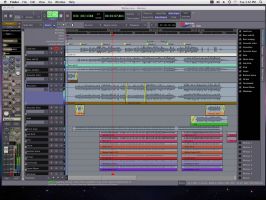 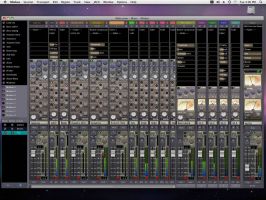 The new version incorporates more of the mixing features that made Mixbus special. Mixbus now includes 8 stereo mixbuses, on-screen plugin effect controls, and more flexible mixer layout options. By bringing some previously-hidden controls to the mixer surface, Mixbus feels even more like a dedicated mixing console. Version 2.0 also includes a wide range of editing features that will make it more comfortable for editors using other pro audio software. New features such as "Smart" and "Ripple" editing modes will be familiar to professional editors. And dramatic improvements to editing, crossfades, and automation were made that combine the best-in-class features of other workstations into the Mixbus workflow.

"Harrison has always prided ourselves on our customer service and our ability to listen to customer needs. Many users wanted Mixbus to act even more like a standalone console and tape machine, with the immediacy that normally only occurs with a piece of hardware. Other customers loved the Mixbus mixer, but needed advanced editing that "felt" like their previous workstation. Luckily these are not incompatible visions, and we were able to meet both of these expectations. It is a real pleasure to take comments from users and then actually implement the things they want in an elegant fashion." - Ben Loftis, Mixbus Product Manager

"Because Mixbus is based on an open-source framework, it draws back the curtains on our development process. We've been compiling our users' comments and incorporating those ideas into Mixbus; sometimes we incorporate code changes that were sent directly from users. Through this process, we've added dozens of features and fixes that were requested by mixers in every genre. Guided by our customers, we've refined the operation of Mixbus to make it faster, easier, more stable, more creative and more FUN to use."