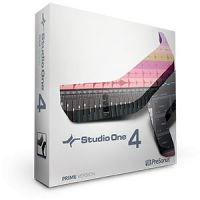 With Studio One Prime you can enjoy many of the same powerful features from Studio One Artist and Studio One Professional editions, including intuitive drag-and-drop functionality, unlimited tracks, Presence XT, and nine robust Native Effects plug-ins. You'll also get nearly a gig of loop and sample content to get your creativity rolling.

The following issues have been fixed: