Rob Papen has announced the release of three new products: Predator 3, RoCoder and the eXplorer 7 Bundle. 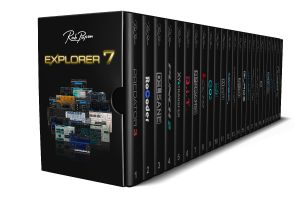 The Rob Papen eXplorer 7 bundle now includes 25 RP products, if you include Prisma, which you can request after registering your bundle. For the full use of Prisma its presets, SubBoomBass, Blade, and Punch are available to be installed as well: 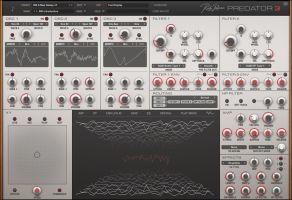 Rob Papen Predator 3 is the successor of a legendary synthesizer. Both versions 1 and 2 have inspired many artists and composers throughout the years and it has made an appearance on countless music tracks. As before, it combines a large library of over 6400 quality presets and cutting-edge features to make this your go-to synth for contemporary music production of any kind.

The user interface has been re-designed so that all essential main controls are visible on screen, making it interactive and easy to use. 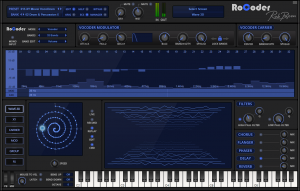 The RoCoder name is very close to that of the original Vocoders given title. However, you will find that there are many new and creative features onboard, so don't expect a regular Vocoder.

Alongside a 32-band Vocoder, RoCoder also features an Additive mode, a combined Vocoder + Additive mode, Noise mode, Tuned Noise mode, and a Tuned Comb mode. These new modes allow you to create many new types of sound next to the Vocoder sound.

RoCoder doesn't stop with these new modes, it also includes stereo panning per band, and it has the well-known XY pad, an extensive modulation matrix, and all this is finished off with built-in FX including Chorus, Flanger, Phaser, Stereo Delay, Reverb section.