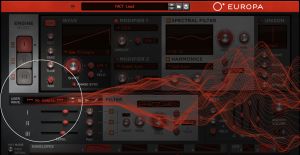 Propellerhead Software has announced that Reason 10.1 is now available. This free update is for Reason 10, Reason 10 Intro and Reason 10 Lite.

They also stated "...we have decided there will not be any paid upgrades to Reason this year. So there's absolutely no need to worry about missing out on new features later this year if you're thinking about upgrading to Reason 10 now."

The 10.1 update features a new version of the Rack Extension SDK, featuring Player devices, improved sample loading with sample zones and pattern automation support. A selection of new Rack Extension Players are now available in the shop—including Propellerhead's own Drum Sequencer. The Drum Sequencer is freely available to all Reason 10 users for the month of May so don't forget to download it.

Reason's flagship synth Europa has been updated. You can now load your own samples and wavetables and use them as oscillators in the engine. Not only that, you can also use the sample in the Spectral Filter which will then act as the spectral multiplier—a fancy way of saying it creates filter curves based on your sample.