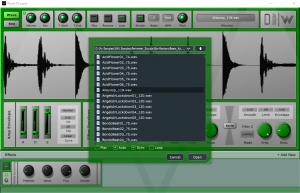 Wusik has announced the release of DLooper, described as "a different type of looper supporting: WAV (Acid or not), AIF (Apple Loops), REX/RE2 (Windows Only), MP3, OGG and Flac files".