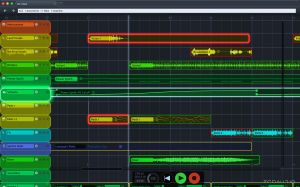 zenAud.io has announced version 1.0.21 of zenAud.io ALK looper/sequencer/DAW. The Berlin-based company has addressed a number of stability issues that arose during the first weeks following the May 22nd launch.

Changing the offset of a clip can be used: