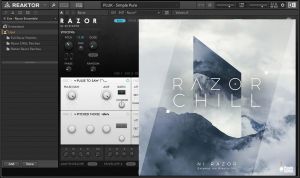 6 years ago on October 11th, John "Skippy" Lehmkuhl released Evil Razor for Reaktor/Razor - and released a follow up library called Rotten Razor in 2013. It's been over 4 years since there were new patches for this synthesizer - so here they are - designed for all sorts of musical adventures in modern productions.

There is also included a 3 min video showing exactly how to install this library so you get up and running quickly and easily.

There is also a Triple-Play Bundle of all three Razor Libraries for $45 until the end of October being offered as well (retail would be $105).