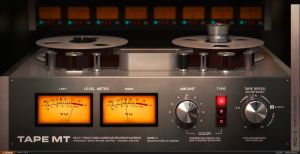 Softube has announced the release of Tape, a new plug-in designed to add cohesion and weight to your mixes. Tape goes far beyond your average tape machine emulation. It includes three distinctly different tape machine types, ease of use, low CPU strain and a MixFX version for added features for Presonus Studio One.

Tape is available now in VST, VST3, Audio Units and AAX Native plug-in formats with an introductory price of $79 (normal price $99 after June 30).

4ms SMR for Modular can process audio like a classic filter bank, ring like a marimba when plucked/struck, vocode, re-mix tracks, harmonize, output spectral data, quantize other oscillators to scales and much more. It's deep, versatile and expands what is possible to achieve with Modular.