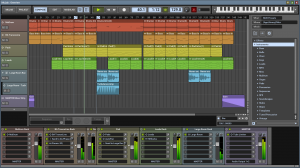 MuTools has updated MuLab and MUX Modular Plug-in to version 8.8.6.

All details and downloads on MuTools.com

M8.8.6 probably is the last M8 update before the next main MuLab 9.

MuLab 9 is expected to be released next month.

Such a great fun software. Easy to use and quite capable.